How I discovered bondage 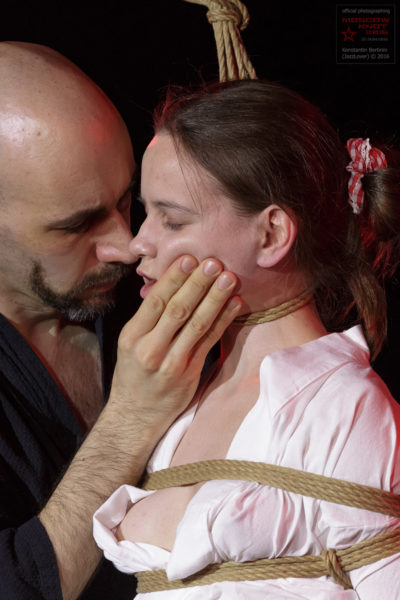 Why is bondage so attractive? Why do so many people like it?

For years, I wouldn’t have been able to answer these two questions.

Then one day something changed. It was 2010. I had just terminated an important relationship and I needed something different, something that would make me think about something else and give me new stimuli. It was at that time that I discovered bondage, first the Western one and then the Japanese one.

I was profoundly caught up in this practice and I threw myself headlong into it. I traveled, met people, attended courses and classes. Since then my life has changed completely and bondage is now my job, as well as a passion.

But what is it that made me change my mind?

There are various aspects that can strike a person who comes across a bondage photo or video on the internet or someone who witnesses a performance. I was captivated by each of them.

Technique. Japanese bondage has a technical aspect and complexity – the gesture of the person who ties the other, their movements, the shapes that are created – that are fascinating.

Aesthetics. The exquisitely photographic beauty of a photo or the beauty that touches you inside, given by the emotions and the relationship that can be seen between who ties and those who is tied. 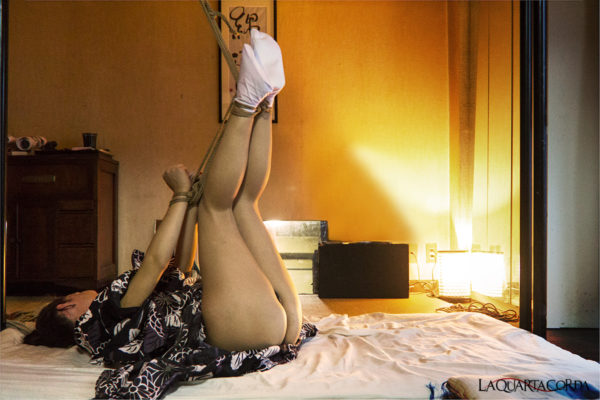 Bondage speaks to all human “souls”: to their head, their heart, and their belly. It speaks to desires and fantasies but it is also something tangible; as Yukimura sensei said, “bondage runs on the border between the real world and the world of fantasy”.

Doing ropes means being catapulted into a deep, complex, visceral experience that has something ineffable, irreducible.

Sometimes all this manages to make something “resonate” within us; even just a marginal detail is enough, but for us it is fundamental to be able to find the key to understand this practice. It can be a word, a gesture, the story of what a person feels when he or she is tied up; not everyone will touch the same “soul”, not everyone will do it in the same way. There are people who contact me even several years after seeing one of my performances and who needed time to process what they had felt.

Maybe this is what happened several years ago inside me; although I already knew bondage, there was something that sprouted a “seed” that then developed very quickly. Since then I realized that there was much more to the ropes than what I had been able to see until then.

The ropes represent a real bond that is created between two people; when I tie, my partner and I are inside a “bubble” in which there are only the two of us and our energies.

For this reason, I cannot do bondage with just anyone: there must be energy and chemistry, there must be a certain feeling, otherwise the experience becomes empty and sometimes even debasing.

All of this is a wonderful mutual gift. When I see my partner moaning in the ropes or being beaten by a bamboo in a mixture of pain, pleasure, desire to escape, and at the same time to stay, sometimes I wonder how much this gift can be, for both of us, challenging and engaging.

Also, bondage can be practiced in a thousand ways and with different materials; there is not only the one with ropes! And it can be incorporated within a session by playing with other sex toys as well: whip, flogger, wax, vibrators….

So go and see a good live bondage performance, don’t just look for information on the internet; it’s the same difference as listening to a CD or attending a concert. And when you’re there, you may see someone in the audience crying because what’s happening on stage is “resonating” within them. Or maybe you’ll cry yourself.

Sometimes a story is worth a thousand explanations. Bondage is something that gives me serenity, that makes me close my eyes and smile just thinking about it; its magic is to be able to relate to the deepest parts of me and of another person, in an intimate and sincere way, without having to say a single word.