How to find a rope partner for bondage and shibari 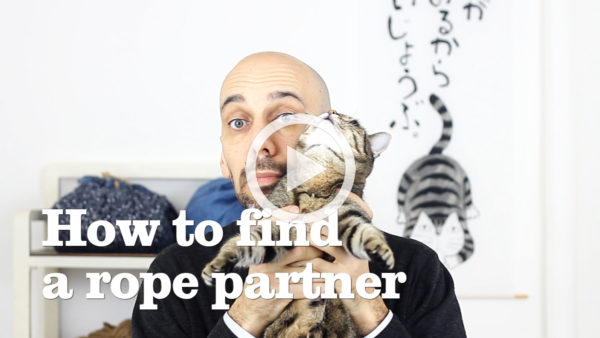 Going back to the researches, statistically if you pick up random ten among your “vanilla” friends, at least one of them could be interested. Have you ever thought about it? Maybe you like ropes and that person goes mad for needle play, maybe for you shibari is a reason for living whereas for the other is just a thing to try once in a while, but at least you’ve stepped forward in the right direction, you’ve triggered a virtuous circle which could lead you to practice, to have new encounters and also to stimulate the curiosity of other people. My personal example: among the people with whom I took the first steps into bondage I could mention fellow musicians, people met at a dinner table, partner of friends of mine, long-time friends, girls met in a photography course, etc.

Sometimes the problem is in the one who is searching!

Do you take part in thematic groups on Facebook or Fetlife? Do you know the kinky scene of your city or region? Do you share photos of your progresses? Or have you got a fake profile with an inadmissible name with which you stalk any user on Facebook with cut and pasted messages, do you pretend to have experiences you don’t have, do you do everything in secret from your partner and do you never show your face in public events?

Believe me: it’s all about telling the truth in a serene, polite and respectful and not mysterious, guilty or anxious way. After all, you are suggesting to practice a bit of bondage, not to rob a bank, evade taxes or start drug trafficking. A basic course or some practice can become a nice experience to share or a day passed together doing something new.

What you get will be the result of what you’ve said and how you’ve suggested it.

So it’s time to roll up one’s sleeves!