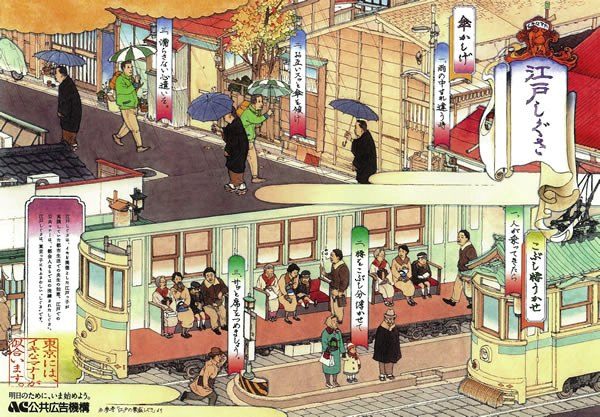 “Edo shigusa” in Japanese means “the good manners of the city of Edo”. They are some precepts for merchants in Edo (now Tokyo) in order to have good relationships with people and to have success in city life.

These rules are well knowed and still respected even today.

Here there are the “Nawa shigusa”, or the good manners of the rope..

NAWA SHIGUSA – THE GOOD MANNERS OF THE ROPES

Raise your feet – Never ever step on someone else’s rope. Most riggers care deeply for their rope and are very particular about it. Treating it with respect is expected, and stepping on it is truly rude and disrespectful.

One word – As you are not to step on someone else’s rope, you should also not touch it without asking for permission first. Even if you are driven by the good intention of helping tide it up, you should always check with the rope owner if it is ok to touch it.

Don’t be a bottom thief – Getting too intimate beyond necessity with a bottom (male or female) that already has a partner is a big no-no. At a minimum, courtesy calls that contacts should be had after the partner have been informed and/or permission has been granted. And when applying rope, both sides permission should be received first.

First apology – In the event that rope has been applied without previous knowledge (and permission) that the bottom had a partner, do not blame the bottom but be prompt in apologizing to clean up the air.

The 3:7 floor – When you tie in close proximity to someone else and share the same space, it is a good rule to focus on occupying only 3/10 of the space and leave 7/10 of the floor space to the others. If both parties focus on this, it will end up that both sides will be using exactly no more than half of the space and not interfere with each other.

No need for excuse – Once the tie is done, don’t start making excuses for its shortcoming. It gives a bad impression to the bottom. Accept instead the result with honesty.

Don’t pull hair – Problems or other matters that come up during a tie and are not dealt with on the spot will fester and drag on. And will often get talked to unrelated parties. Issues should always be discussed on the spot without dragging them on. (“To pull the hair from the back” is a Japanese expression used when someone speaks again about a matter you considered as already closed)

Don’t pull feet – Pulling someone’s feet by dragging outsiders into a conflict born by envy and resentment,is not a welcomed behavior. (“To pull someone’s feet” in Japanese means “to put someone in”)

Same plants – No matter the sexual leaning, or preference, at heart we are all the same: humans. And like plants, even if stepped on, we endure and grow. However a plant cannot grow without roots (people) and leaves (people), and they both need to be nurtured.

The way of good manners – Even with partners with whom we have built a bond and have feelings for, there will come the time to part ways. Moving on to the next stage without carrying resentment, holding a grudge, hating or blaming is the “way of good manners”. Don’t focus on it as the end, but view it as a new beginning.