15 – Negotiating during the session 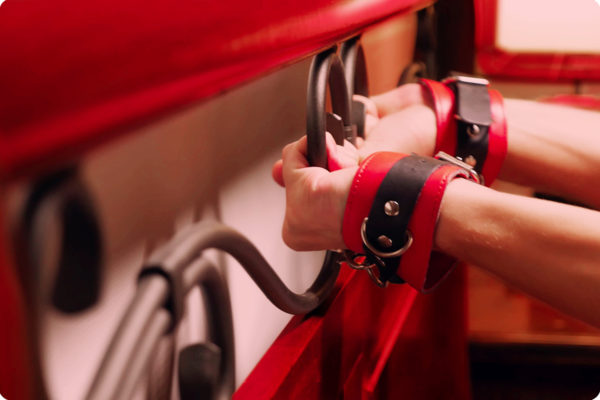 NEGOTIATING DURING THE SESSION

Communication (verbal and non-verbal) throughout a session and the ability to give and understand feedback play a crucial role and provide a sort of “signage” that allows us to carefully calibrate the game.

In fact, if it is important to be clear and specific in our requests and to know how to state our limits, we cannot also do without a sort of “intuition” allowing us not to be rigid, going with the flow of the session in the best possible way.

Mutual acquaintance is obviously helpful in knowing which previously undefined or unclear limits might be exceeded as we play; a well-matched couple will certainly need to negotiate less, having more mutual trust and more awareness of their partner’s reactions than two people meeting for the first time.

During the session we can always renegotiate some previously decided limits in a restrictive way. If, for example, we feel that we no longer want to do something we had initially agreed to – because we don’t feel like it anymore, because it’s not happening as we thought, because it doesn’t give us pleasure, etc. – we can always do it; just say the safeword or communicate it directly.

It is a different case when we decide midsession to introduce something not previously discussed or to cross some limits, maybe spurred by the sensations we are experiencing and the chemistry with our partner. For example, we might want to do something we didn’t talk about in the pre-play negotiation, or we might decide that we want to have sex when we initially said no.

Many people consider this way of renegotiating during the session as “slippery”, because there is a risk that, overwhelmed by arousal or euphoria, we might agree on doing something and then regret it.

Small adjustments, clarifications and proposals in progress are always possible, but if we find ourselves wanting to heavily renegotiate a session while doing it, it probably means that we had not been clear before we started it, or that we had accepted too restrictive conditions. It makes little sense to propose a suspension bondage but agree on rope play only on the floor in the face of a refusal, just to then push for our initial desire again in the hope that our partner will change their mind once they are turned on. That would be basically a manipulation.

Generally speaking, it is better not to do anything we did not receive clear consent to and not to renegotiate crossing previously established limits, rather do so to an extremely modest extent. After all, it is certainly safer to give up something and perhaps postpone it to a future session rather than not having the chance to do so anymore because trust has been lost.

However, negotiation is not a contract filed in court and sometimes we find unexpected but pleasant experiences right when we feel comfortable with someone and we can intuit how to make the session evolve in the best possible way.

If we wish to explore a new or not clearly negotiated area, proceeding step by step is broadly a good criterion to follow: if we agreed to have a light spanking session, asking to continue with a studded paddle could perhaps amount to going way ahead of ourself!

In the event that we want to propose something not previously negotiated and that we are not sure whether it can be accepted, it is better to ask clearly and directly at a time when we are sure that our partner is able to give a reliable answer, not while they are aroused or with their mind wandering enraptured by the sensations of the game.

Conversely, if we find ourself having to respond to a renegotiation proposal during the session, we should, if possible, take a moment to focus so we can answer rationally. It does happen, however, that we may not be so lucid in the excitement of the session, which is why negotiating well is important as much as playing with people we are sufficiently confident that they won’t leverage the situation to impose something outside of our desires.

As previously mentioned, we should not be afraid to say no for fear of hurting our partner; our own well-being comes first. If necessary, we can clarify that we want to stop or change the game for our own reasons, and not due to the other person’s behavior.

At the same time, it is equally important to learn to be prepared for a possible “stop”, understanding that we are not necessarily the cause, respect the partner’s choice and know that this does not prevent us from playing together again in the future.

So correct information on negotiation and consent is also useful to learn how to say no and at the same time to accept the refusals we will receive from others.

We are entitled to express our wishes, but not to see them come true.

Finally, I would like to return to the possibility of having any kind of sexual intercourse not consented to beforehand, but renegotiated during the session, possibly driven by the passion of the moment. There are many looming risks: transferring our desires onto the other, accepting due to our arousal even if we don’t really want to, thinking that certain limits can be overruled since things are going well, later regretting our choice, etc. 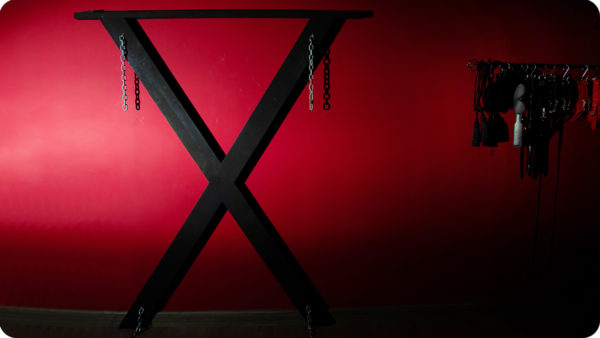 Each situation is a case unto itself, but especially if we are not well acquainted with the person we are playing with, a good general policy in my opinion would be not to renegotiate this area and to limit sexual intimacy during a session with partners we already have had sex with.